Sculpted by Harry Gray , the Rose and Poppy Gates are dedicated to the memory of all rugby players who have served and died in conflicts around the world.
The gates were unveiled in April 2016, as part of the RFU’s programme of events to commemorate the centenary of the First World War.
The bronze gates depict roses, as worn by generations of English rugby internationals, gradually transforming into poppies – the universal symbol of commemoration.
There are 15 roses on each gate, modelled on those worn by the Grand Slam-winning England team of 1914. The poppies at the top of each gate are formed from actual shell-casings fired in anger during the 1914-18 conflict.
FSE received the sculpted molds from Harry Gray and copied the design to create resin boards so that it could be made into a Patten. As a result it is then block molded by our experienced team who have a range of knowledge on casting techniques. 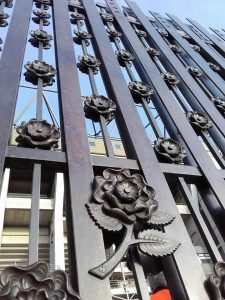 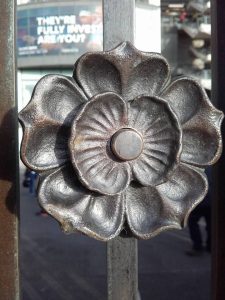 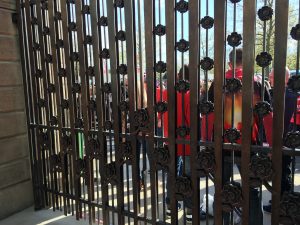